In January 2015, I began receiving reports by email, telephone and over Facebook of very specific symptoms from very specific locations under very specific spraying activity throughout Oregon. From my experience as a counselor, having had to do an internship for drug rehabilitation many long years ago, I instantly recognized that the symptoms were being caused, almost certainly, by lithium intake. How could so many people be suddenly dosed up on lithium? And then it hit here in Reedsport, a tiny town on the central coast of Oregon. I had no more doubt. I posted my findings on the various FB pages.   END_OF_DOCUMENT_TOKEN_TO_BE_REPLACED

Gregg Allman, the legendary frontman of The Allman Brothers, died Saturday, a publicist said. He was 69.

Allman died at his home in Savannah, Georgia, publicist Ken Weinstein said. A statement on the singer’s website said he “passed away peacefully.”   END_OF_DOCUMENT_TOKEN_TO_BE_REPLACED

The military seized her photographs, quietly depositing them in the National Archives, where they remained mostly unseen and unpublished until 2006
END_OF_DOCUMENT_TOKEN_TO_BE_REPLACED

SALT LAKE CITY (CN) — In a lawsuit against two sheriffs, a diagnosed schizophrenic man claims officers shot him five times in an “ill-conceived” plan to commit him, then Tasered him three times as he lay critically wounded.

George Finlinson sued the Millard and Utah County Sheriff’s Offices, the state office of Adult Probation and Parole, both sheriffs and five officers, on Wednesday in Federal Court.   END_OF_DOCUMENT_TOKEN_TO_BE_REPLACED

Paul Kantner, one of the giants of the San Francisco music scene, died Thursday. Mr. Kantner, a founding member of the Jefferson Airplane, was 74 and had suffered a heart attack this week.

His death was confirmed by longtime publicist and friend,Cynthia Bowman, who said he died of multiple organ failure and septic shock.   END_OF_DOCUMENT_TOKEN_TO_BE_REPLACED

16 Feb 2009: List of all U.S. Presidents – Eligibility under the original citizens Grandfather Clause (GFC) or Natural Born Citizen (NBC) clause or seated despite constitutional ineligibility and fraud by the candidate and lack of in-depth vetting of early life documents by the media and Congress. By: CDR Charles Kerchner (Ret). Last updated 2 Nov 2013.   END_OF_DOCUMENT_TOKEN_TO_BE_REPLACED

The Chicago Police’s CIA-style black site, Homan Square, has seen more people detained than died on 9/11 or imprisoned at Guantanamo, according to a new report by the Guardian. The newspaper, which sued the Chicago police to obtain further details on Homan Square, reports overwhelming targeting of minorities as well as other sordid and violative policies.

From 2004 to 2015, at least 3,500 people were detained at Homan Square. These records do not cover the full span of the facility’s tenure, as it has been open since 1995. According to the Guardian, a grossly disproportionate ratio of detainees were minorities, “many accused of low-level drug crimes, [and] faced with incriminating themselves before their arrests appeared in a booking system by which their families and attorneys might find them.”   END_OF_DOCUMENT_TOKEN_TO_BE_REPLACED

B. B. King, whose world-weary voice and wailing guitar lifted him from the cotton fields of Mississippi to a global stage and the apex of American blues, died on Thursday at his home in Las Vegas. He was 89.

His death was reported on his website, which said he died in his sleep. Mr. King, who was in hospice care, had been performing until October 2014, when he canceled a tour, citing dehydration and exhaustion stemming from diabetes.   END_OF_DOCUMENT_TOKEN_TO_BE_REPLACED

You don’t really want to feed your family food made from crops grown with millions of pounds of glyphosate this holiday season, do you? Of course not. Sadly, two ‘standards’ of the American feast are baked goods from brands like Pepperidge Farm and Pillsbury – two companies whose products are loaded with GMOs and other damaging ingredients.   END_OF_DOCUMENT_TOKEN_TO_BE_REPLACED

Playing off the idea of using social media to summon crowds for parties or mischief, mobs of Buffalo-area Roman Catholics have been filling pews and lifting spirits at some of the city’s original, now often sparsely attended, churches.   END_OF_DOCUMENT_TOKEN_TO_BE_REPLACED

In my attempts to expose the genealogical “royal” bloodline – the passing of pure blood type as opposed to mere genealogical “family tree” relation – I came across a researcher from Ancestry.com named Tim Dowling. On his site, and reproduced below, Mr. Dowling has connected the trees of all U.S. Presidents to the Plantagenet King John circa 12oo A.D.

DIRECTIONS: To see the full charts or tree for each president, click on the “Relationship to King John” link below, and then on the next page click either the “tree” link or the link below that which looks like this:   END_OF_DOCUMENT_TOKEN_TO_BE_REPLACED

If you want to keep eating poison food, you can join the ‘scientists’ who keep spewing Monsanto-funded lies. They are telling us that genetically altered crops are good for us and the environment – that they are, in fact, a necessity to feed the world population. They say all of this, even though we seemed to feed the masses just fine without chemical quackery until about 60 years ago, all while dumping millions of tons of unaltered food right into the trash bin. If however, you believe GMOs are toxic, cancer-causing substances, you have another option.   END_OF_DOCUMENT_TOKEN_TO_BE_REPLACED 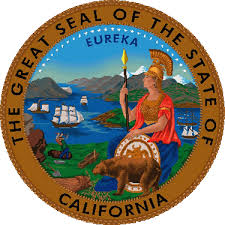 Introduced in the California State Assembly this month is a bill that would oppose and nullify “indefinite detention” under the National Defense Authorization Act (NDAA) of 2012.

“Sections 1021 and 1022 of the National Defense Authorization Act for Fiscal Year 2012 (Public Law 112-81), and the enforcement of those actions, are illegal within this state.” END_OF_DOCUMENT_TOKEN_TO_BE_REPLACED

Patriot Broadcast From the Trenches Archives

The Writs for the Mandamus

The United States is Still a British Colony

The Battle of the Band